We proudly donated 100 baby grows to one of the region’s largest hospitals as part of our celebrations to mark 100 years in business.

The clothing items were delivered to the post-natal unit at The James Cook University Hospital.

This forms part of our plans to donate 100 sought-after items – every month throughout the year - to 12 good causes across the region. 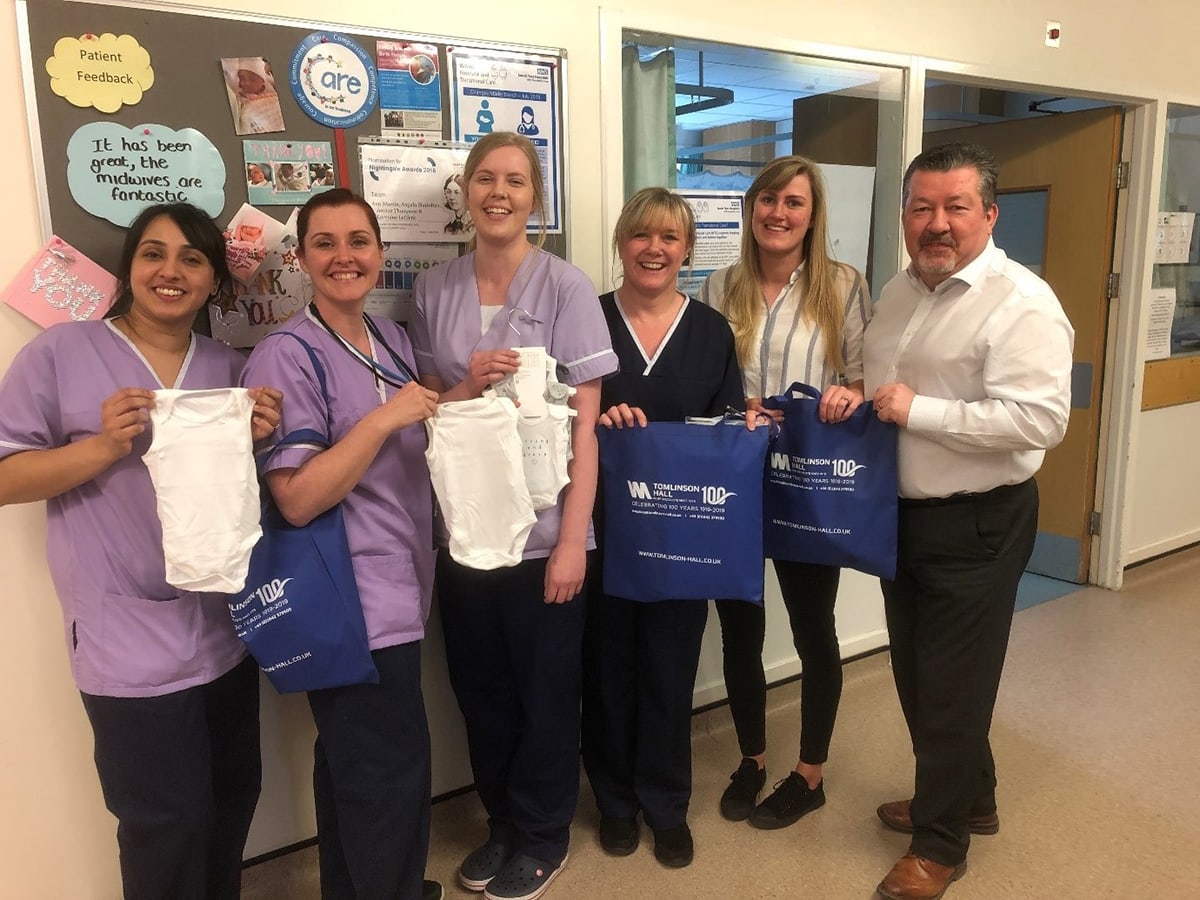 “As we stepped into our 100-year anniversary, we really wanted to mark our success by giving back to the local community with small gestures – that really make a difference - such as this,” Colin explained. “Upon initially contacting the ward to discuss our charitable idea and let them know we wanted to make a donation, we were overwhelmed by the enthusiasm and gratitude of the Ward Manager Kirsty and the team, who informed us that they very much were in need of baby grows for premature babies.

“We are delighted to have been able to make this small contribution and we look forward to continuing to assist the local community with our upcoming charitable campaign plans.”

The James Cook University Hospital – based in Middlesbrough – cares for women throughout pregnancy with maternity staff delivering more than 4,400 babies each year in purpose-built delivery and low dependency suites.

Speaking about the donation, Kirsty Kendal, Ward Manager at the hospital said: “We are extremely grateful for all donations made to the post-natal unit and we really thought it was a lovely idea for Tomlinson Hall to make this contribution that will benefit 100 babies and their families. We would like to thank the business again for their generosity and community spirit.”