Following directly on from our Royal Visit, Tomlinson Hall then held a ceremony in recognition of some of our long-serving staff.

We are incredibly proud that out of 25 team members, over 65% of staff have been with the company for over 10 years. We believe this to be a massive achievement and it was great to be able to show our gratitude to the staff who have worked extremely hard to make Tomlinson Hall the business that it is today.

The awards were presented by Steve Schofield, Director and Chief Executive of the British Pump Manufacturers Association (BPMA) and members of staff awarded received a commemorative watch.

This included our Sales Director Marc Dale, who has been with Tomlinson Hall for 30 years. He has worked his way through the business from being the youngest member of the internal sales team, gaining experience in external sales through to stepping up as Sales Manager and then progressing to his current position. 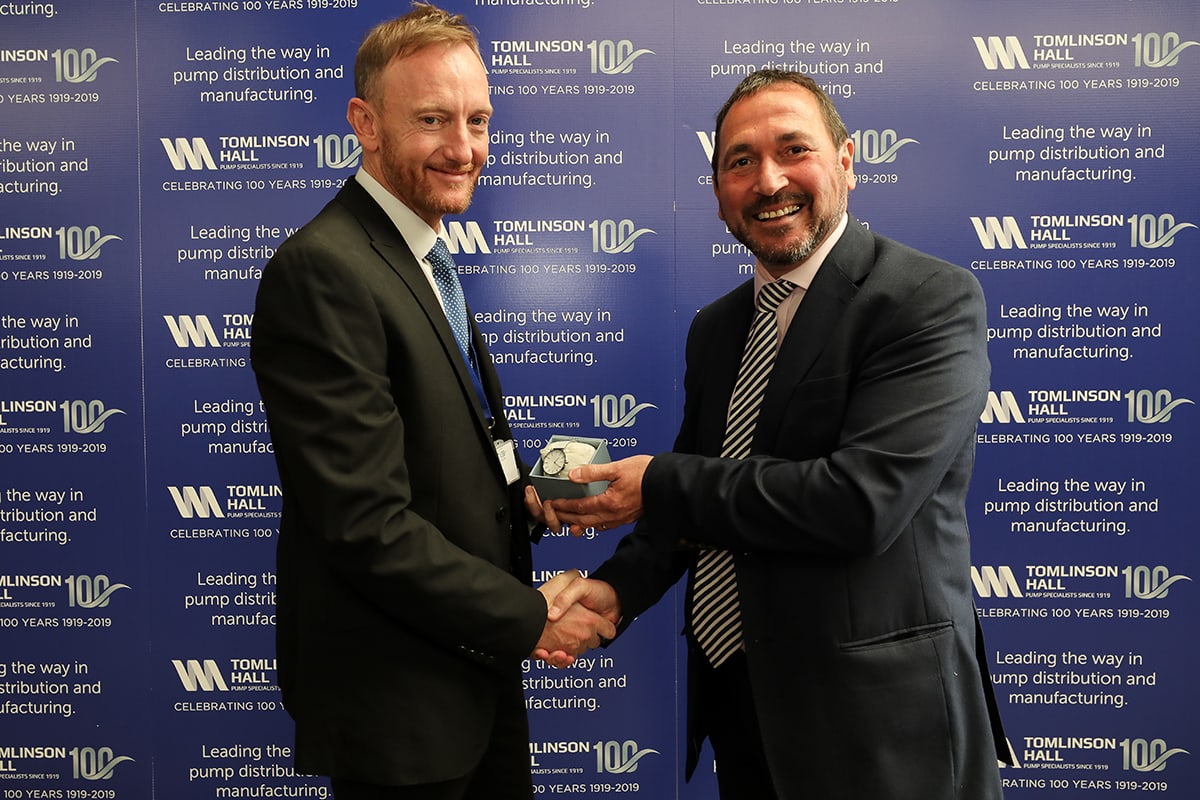 Shirley Simpson – DEPA and ELRO Sales and Export Manager – celebrated 26 years, having joined the business in 1993. Shirley has covered most roles in her time with Tomlinson Hall and is a dedicated team member with high professional standards and a great work ethic. 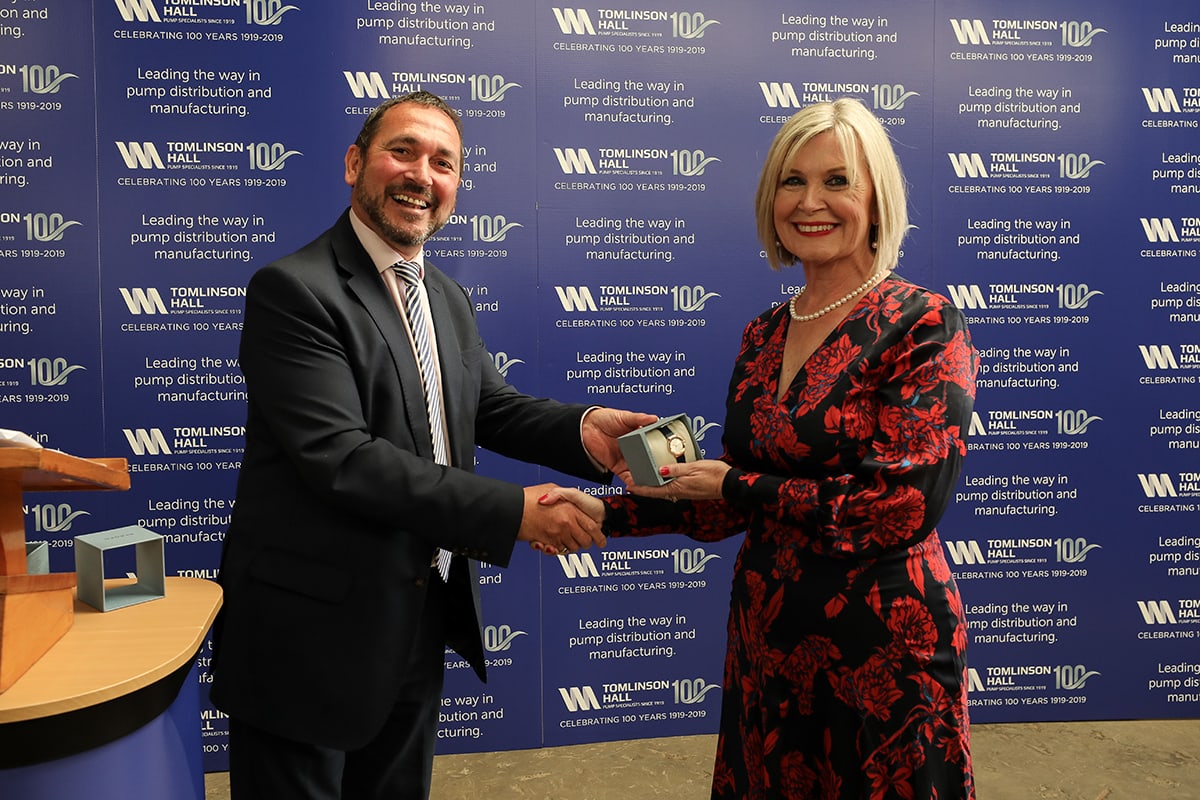 Celebrating 25 years, Michael O’Hare, our Workshop Manager joined Tomlinson Hall as an apprentice from TTE Apprentice school. Progressing to the role of Workshop Foreman, a solid understudy to the then Workshop Manager, Michael proved his worth managing and mentoring the workforce to be promoted to Workshop Manager. 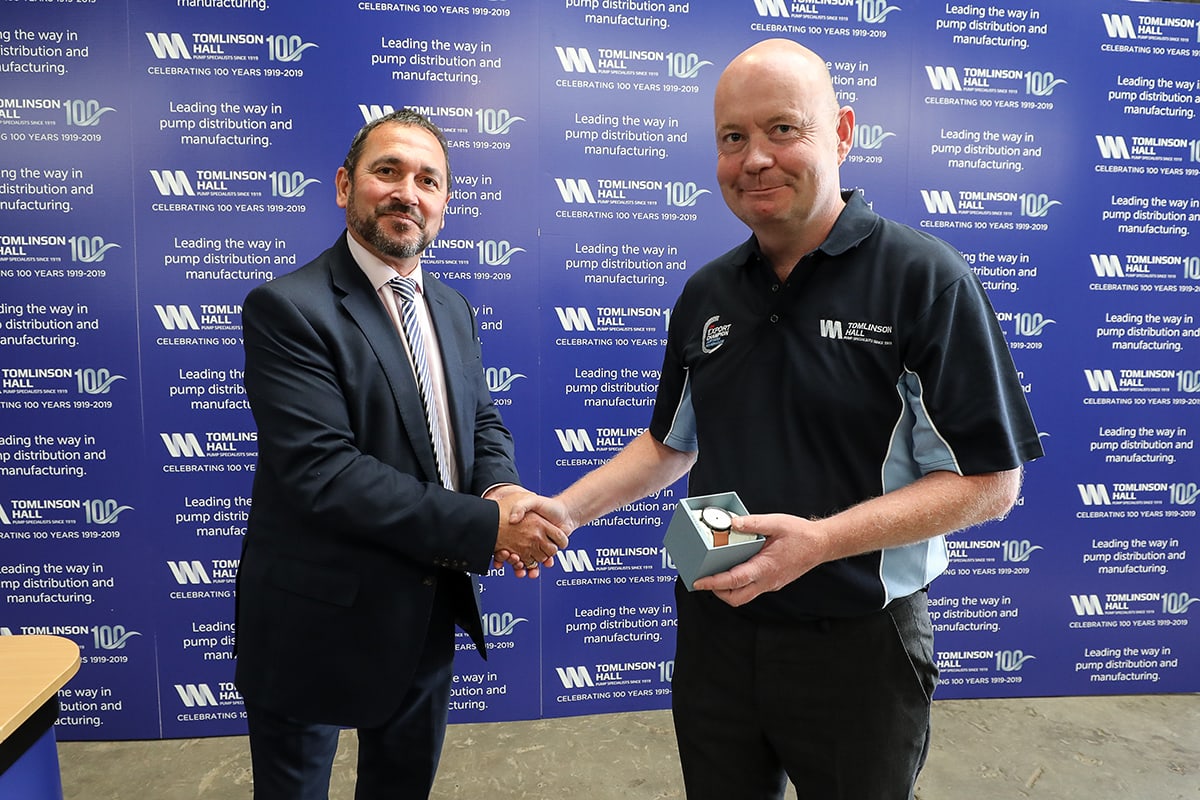 Also celebrating 25 years is our Business Development Director, Colin Simpson, who has progressed with the company from Sales Manager to Sales Director to the position he holds now. Working closely with Marc Dale, who was already 5 years into his service, they bought into reality the vision of the ‘super service offer’ which has become the benchmark for Tomlinson Halls clients. 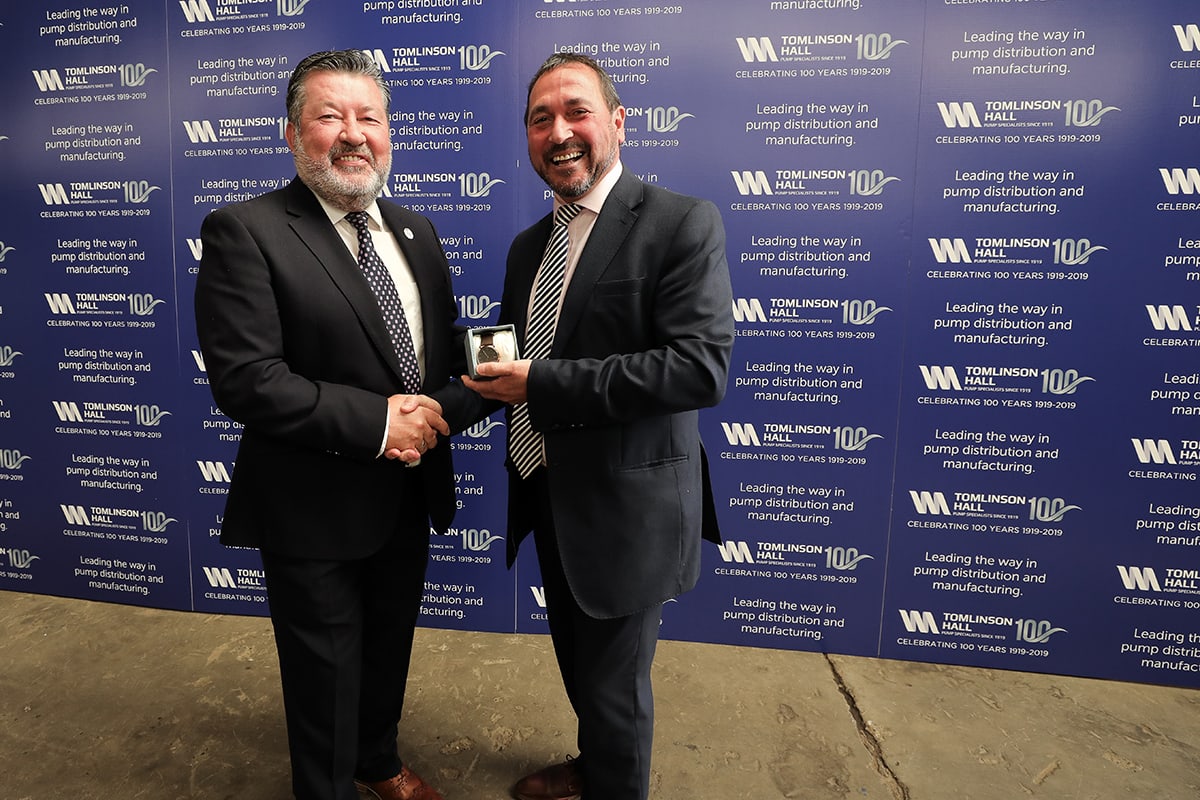 Our Managing Director, Tony Keville, also celebrated 45 years with Tomlinson Hall as a third-generation family member to the business. Tony is responsible for the design and skilled engineering of our Liquivac® pump, which has been adopted across the globe by utilities companies, chemical processors, food and drink producers and many more.

We would like to take this opportunity to thank all of the guests who attended the ceremony and also participated in our successful Royal Visit. Thank you also to Steve Schofield for taking the time to present the awards.