Those taking part were split into two teams and -with a bit of friendly rivalry- competed to boost the number of miles cycled. Each time, Sales vs Workshop both cycled an impressive 100 miles each! 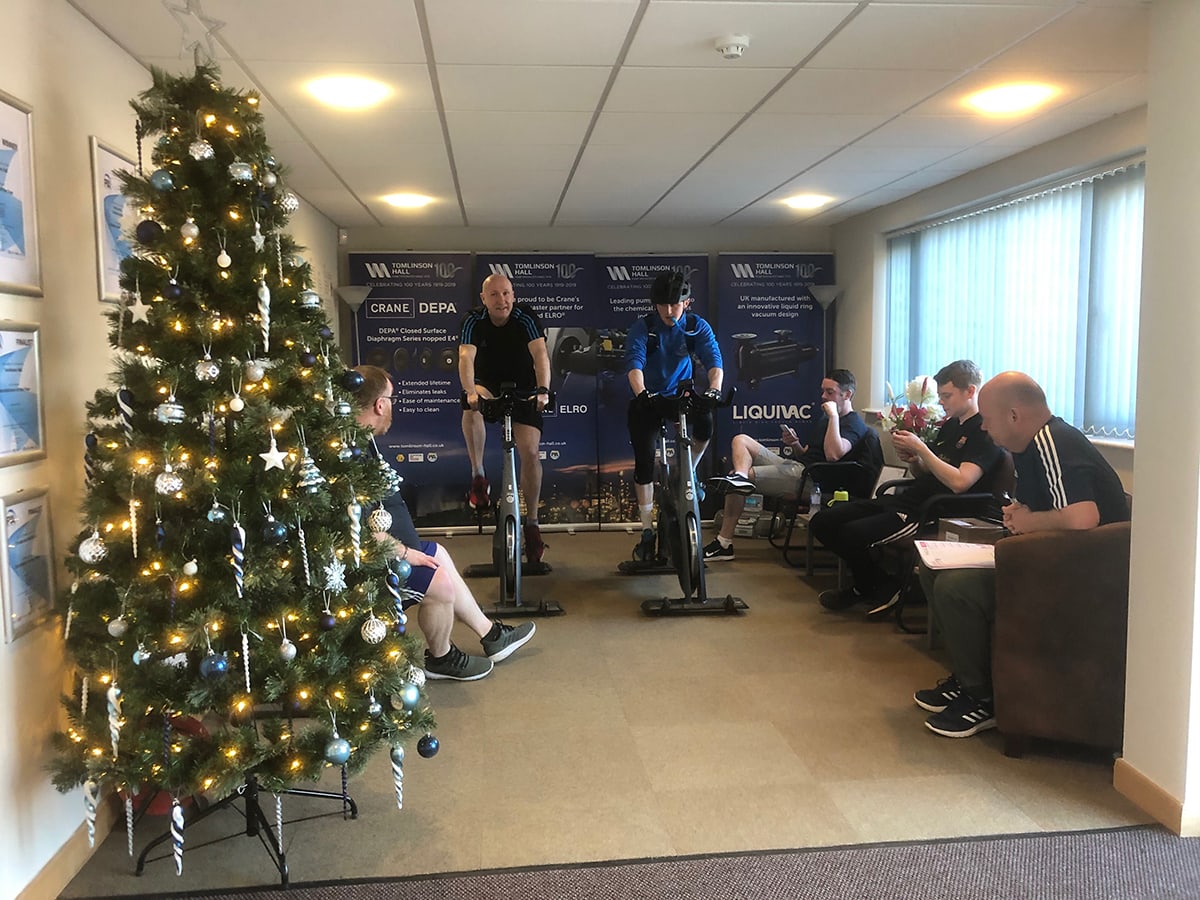 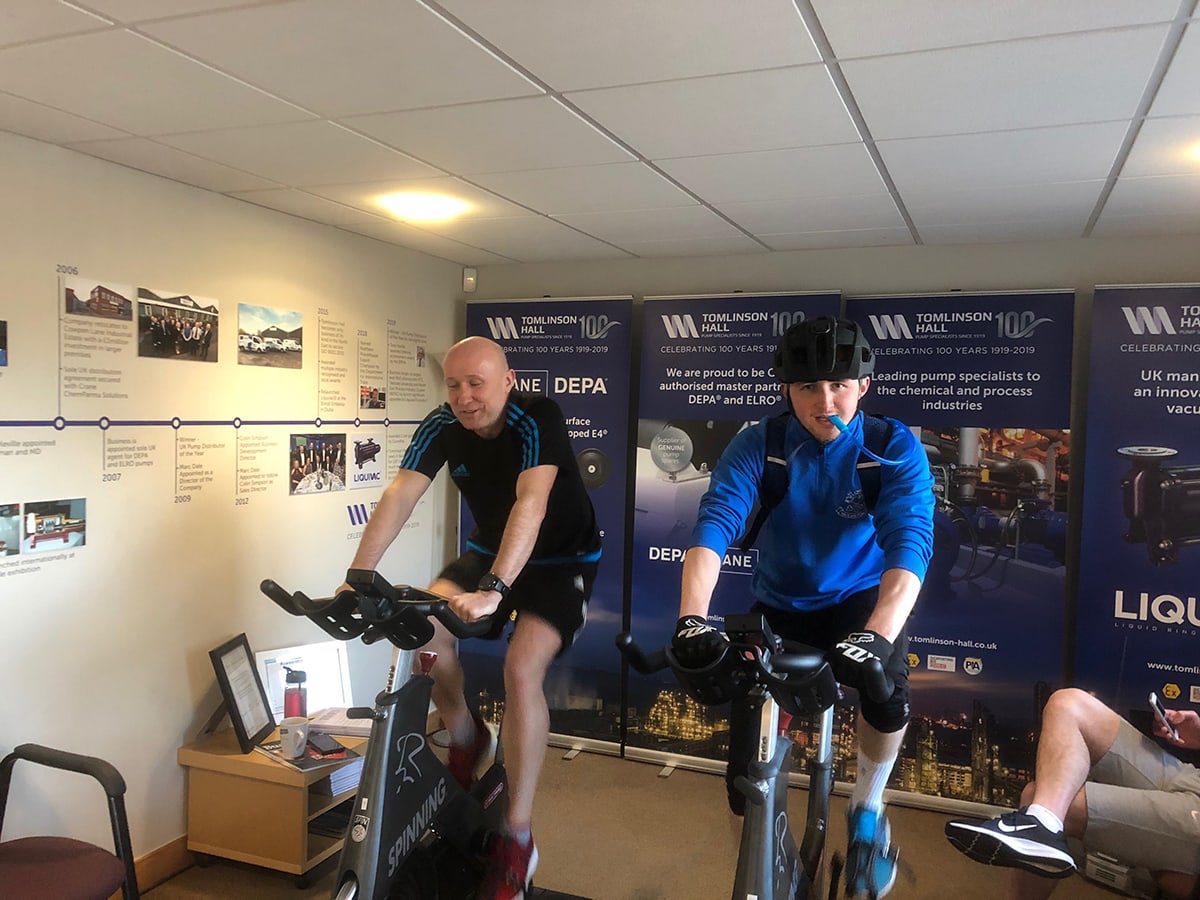 The final two miles, completed by Tony Keville and Mick Hill, brought the challenge to an end. As a result, each team managed to raise £100 making the total £200 altogether. 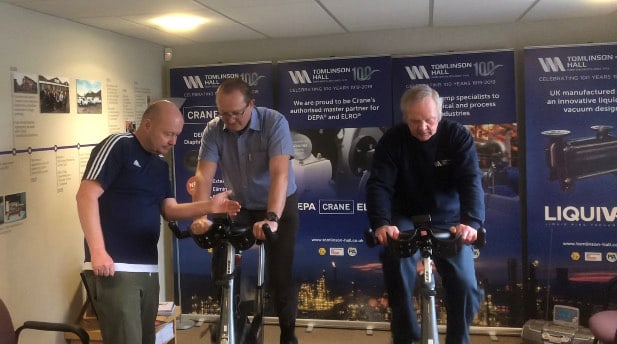 Tomlinson Hall’s Business Development Director, Colin Simpson said: “As a team, we strongly encourage any charitable endeavours, no matter how big or small. Whilst this is not the first, it’s certainly one of the most energetic. I’d like to thank everyone that participated and also make a special thank you to the Dolphin Centre in Darlington for providing the two bikes."

The bike ride follows a string of fundraising activities orchestrated by Tomlinson Hall, including a successful sponsored walk, raising over £1K for Make A Wish Foundation and hosting the Billingham Legacy Foundation Golf Day that magnificently raised over £2K.