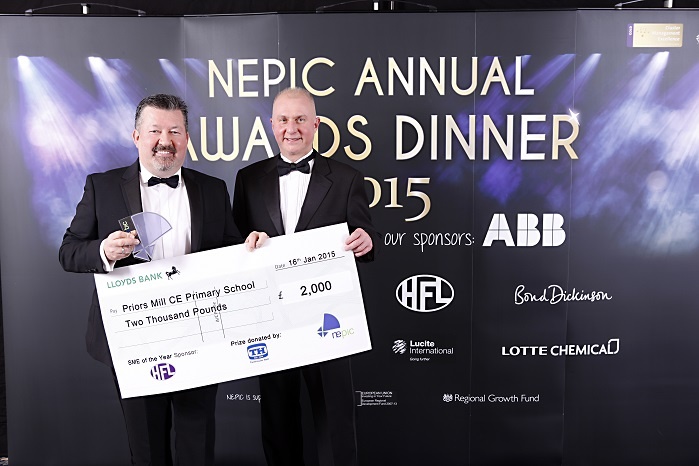 We have been named SME of the Year in the North East Process Industry Cluster (NEPIC) Annual Awards which recognise outstanding achievement in the process sector. NEPIC – the first cluster in the UK to receive the Gold Label for Cluster Management Excellence - boasts hundreds of member companies from across a wide range of sectors including the petrochemical, polymer, pharmaceutical, biotechnology and biofuel industries.

As well as manufacturing Liquivac, Tomlinson Hall is an approved global distributor for major industrial pump brands, including DEPA and ELRO, and works with many other pump manufacturers, including Grundfos, Richter, Alfa Laval, CRANE ChemPharma and Energy Flow Solutions, Calpeda and Mono.

We are the sole UK distributor of DEPA, ELRO and Richter pumps, and 2014 saw us secure a major contract to distribute Etatron pumps in the UK, which are used in many industrial processes.

Tomlinson Hall was recognised for our outstanding performance – increasing sales by a staggering 62% (2009-13) through new product development, exporting and regional collaborations. We were also commended for our support of apprenticeship and local community sport projects and we’re delighted to announce that we have donated our £2000 prize fund to Priors Mills CE Primary School in Billingham.

The award, sponsored by Haden Freeman Ltd, was presented to Tomlinson Hall at a glittering ceremony at Hardwick Hall, County Durham on January 16 and the awards triumph follows the successful December 2014 launch of Liquivac in the Middle East.

Colin Simpson, business development director of Tomlinson Hall & Co Ltd, said: “It’s a huge honour to be named SME of the Year in the NEPIC Awards, and a great achievement for the company and its staff. NEPIC does incredible work for the process industry in the North East, and its members are some of the most innovative and dynamic businesses in the UK, so to be recognised in this way makes us very proud.”